In 1992, Mere Christianity suddenly stopped working. So describes a colleague of mine who entered college ministry in the late 80s. Early on, discussing C.S. Lewis’ Mere Christianity with non-Christian students was a tried-and-true method for evangelistic fruitfulness. Students responded to Lewis’ winsome and logical arguments for the truth of Christianity. But then suddenly…it stopped working. Students stopped being compelled by Lewis’ apologetics and arguments for Christianity’s truth. In fact, they stopped being compelled by the words of anyone whose personal life was relatively unknown to them.

You’re probably familiar with the concept of generations, as well as terms like “Baby Boomers,” “Generation X,” or “Millennials” that label specific generations in the U.S.A. Generational theory suggests that people born in approximately 20-year windows (e.g. 1961-1981 for Generation X) share a set of values and priorities that are unlike the generations before or after them. You might attribute these differences to developments in technology or other global trends – there are certainly many factors that shape a generation – but whatever the causes, you’ve probably noticed a difference between the way your parents thought about things and the way you do (not to mention kids these days!)

Working in college ministry for the past 18 years has made me a firm believer in this theory of distinct generations. After graduating college in 2001 and joining InterVarsity’s campus staff, I soon noticed that the students I was reaching out to seemed differently motivated than I or my peers had been. The more I learned about the differences between Generation X (which I largely identified with) and Millennials (who had since begun arriving on campus), the more it began to explain the confusion I was experiencing in our ministry.

Since the majority of college & university students are between 18-25 years old, they usually fall within a single generation at any given time. This allows college ministries like InterVarsity to become hyper-focused on each generation, learning what makes them tick and what the most effective methods of evangelism to them might be. As a result, I believe college ministries can develop unique insight into connecting with different generations, which in turn can help evangelists as they consider the makeup of their audience or mission field. Even if your work is cross-cultural or mostly outside the U.S., you might find the character of different generations holds largely true across the globe.

Sometimes I become aware of a generational shift the hard way: when a new generation reaches college age and begins arriving on campus, my most effective ministry tools suddenly cease to work! So, it was with my colleague and Mere Christianity. For years it had been an effective method for helping students choose to follow Christ. But then Generation X began to replace Baby Boomers on campus, and they just weren’t compelled by the same things. Gen-Xers took a more skeptical posture towards claims of objective truth and were more interested in the authenticity of the person proclaiming it. If the speaker or writer didn’t have an air of transparency and honesty about them personally, then Gen-Xers wouldn’t trust what they had to say. Sharing the Gospel with a Gen-Xer often required building personal trust first, whether through ongoing relationship or transparent, personal messages.

My ministry career has provided opportunities to reach (or work alongside) people from the Baby Boomer, Gen-X, Millennial generations, and Gen Z (sometimes called iGens). Here are a few insights to consider as you think about proclaiming the good news to each:

Baby Boomers: They were born approximately 1946-1964 and are compelled by logical arguments and objective truth. The historical reliability of the Bible and its claims are important. Books like Mere Christianity and The Case for Christ address their primary questions.

Generation X: They were born approximately 1965-1976. They’re suspicious toward claims of objective truth and institutions in general. Authentic, vulnerable testimonies of faith lived out are more compelling, and a degree of personal trust in the messenger is important.

Millennials: They were born approximately 1977-1995. Less concerned about authenticity, they are inclined to trust and respond to those accomplishing something good. The Gospel is attractive to them when shown to be a force for good in the world, rather than evil. They’re also more open to spiritual experiences (including the Holy Spirit) without a need to vet the person facilitating them.

Gen Z (or iGens): They were largely born 1996-present, making them today’s teenagers and college students. They value justice, inclusivity, security, and beauty, so those elements of the Gospel may connect most powerfully with them.

Of course, many ministries and evangelists find themselves serving multiple generations at the same time. What then? You might consider including some elements in your message that speak to each generation represented. Pay attention to who responds most often, and experiment to more effectively reach those who seem underrepresented.

For further reading on this topic, I recommend James Choung’s book Real Life: A Christianity Worth Living Out. Another colleague of mine with InterVarsity, many of these insights come from his writing and research. 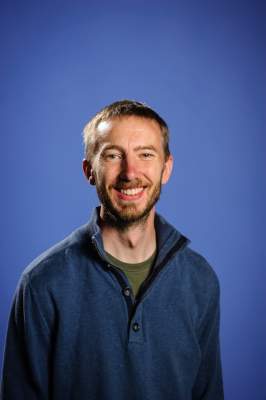 Alex Moore lives in Portland, OR and serves as an evangelism specialist for InterVarsity Christian Fellowship. A Gen-Xer, he grew up listening to grunge rock and wearing flannel shirts. You can follow him on Facebook or Instagram (@mooreas22).
Contact