Keeping the Love in the Food

In building a ministry that is made up of two organizations, I am constantly focused on growth. Whether it’s building the team, our donor base, social media following, or number of minutes we mentor students, I am constantly going over the numbers and asking how we can increase our impact. Even Jesus seems to suggest that if you aren’t growing, you’re dying (See Matt. 7:17-20). Maybe it’s the Evangelist in me who wants to see bigger numbers, but I have come to realize, not all growth is good growth.

What kind of growth is not good?

A few months ago, I went out to dinner and decided to grab some Jamaican food. I struck up a conversation with the owner’s niece and expressed to her how much I enjoyed the food. Since I drive by the restaurant all the time, I was curious how long the restaurant had been there. I was surprised when she responded that the restaurant had changed hands, and her family had only owned the place for about a year.

While talking to a coworker later that evening, we discussed our favorite places to eat, and I mentioned this little Jamaican dive I had discovered.

“Is it the little place across the street from the laundromat?” she asked.

“Yes, that’s the one!” I exclaimed, “It’s only been in their family for about a year.”

“Well then we must not be talking about the same place,” she retorted. “I have known about that place for a while and it’s been in the same family for years!”

“Then why would she say they have only had it in their family for about a year?”

My friend is Jamaican and her parents used to own a Jamaican place in Hartford, Connecticut. Growing up, she worked in her parents’ restaurant and knows more about Jamaican family-run restaurants than she would care to.

“Jamaican family-owned restaurants never really leave the family,” she explained. “The restaurant changes hands when the owner stops putting the love in the food.”

“What does it mean to stop putting the love in the food?” I asked.

“Basically, you get a family member that stops caring about the things the neighborhood cares about and it reflects in the food. Here’s an example: a nephew takes over the restaurant and wants to take it to the next level… maybe even open several restaurants. He realizes that he needs to stay open later to catch people coming out of the bars and clubs when they close for the night. However, he needs more product. So, he cuts the curry by pouring water in it. The folks from the bar and club scene don’t seem to notice but the neighborhood knows what he’s done because the food doesn’t taste the same. You need the neighborhood because it is the base that keeps the restaurant in the family from one generation to the next. When they stop coming, business really slows. The family then decides to give the restaurant to a different family member who is willing to put the love back into the food. Then, they say to everyone who walks in the door that they have only owned it for about a year for the next five years… until everyone forgets what the nephew did.”

“No. The family depends on the neighborhood and is part of the community. That’s why my parents knew people’s orders before they came to the counter. That’s why they gave generous portions and even extra scoops of curry to the regulars. It’s part of putting the love into the food. Even in my family, my parents don’t run it anymore. My dad sold the restaurant to my half-brother.”

My friend taught me an important lesson about growth: You can never grow at the expense of not putting the love into the food.

In Dan Coyle’s book, the Culture Code, he asks readers to imagine the most hostile environments in the world: the desert, the arctic… or a restaurant in New York City? Every year, business hopefuls open 1,000 new restaurants in NYC. Statistically, only 200 will survive. Their failure is not because of the real estate they sit on. Virtually every restaurant in the city is on prime real estate. It may not be about the quality of the food. “No one tries to open a restaurant with bad food. It’s not because there is a lack of potential customers. Good service, branding, leadership, adaptability, and luck are not enough. Survival depends on putting all of it together, night after night. And if you fail, you disappear.” [1]

I do wonder if there is something to be said about survival and excellence. When you are starting out, you are really fighting to survive. Growth is not the focus. Everything has to be just right to keep the lights on. When you start, you are paying attention to all of these things, but then somewhere along the way, if you make it, if you start to grow, you start tracking growth instead. It’s easy to lose focus and shift from the excellence it takes to survive and thrive and start to focus on the numbers. As one of our staff members, Andra Ingalls always says, “Every number is a person, every number is a story…”

So how do we continue to grow in healthy ways? Only by keeping our focus on love instead of other aspects. If we focus on growing for the sake of growing, we are sunk. If we focus on survival, we live a life of anxiety and panic when resources are scarce. If we focus only on excellence, we will be really discouraged if we miss something.

Friends, we need to keep the love in the food. When we love, we don’t have to worry about growth because love is contagious and spreads without needing to hustle (Proverbs 3:3-4). Love makes survival bearable under any circumstances (Ecclesiastes 4:9-10) and perfect love casts out all fear (1 John 4:18). When we make mistakes, 1 Peter 4:8 says, “Above all, love each other deeply, because love covers over a multitude of sins.”

Let’s focus on love and keep the love in the food. 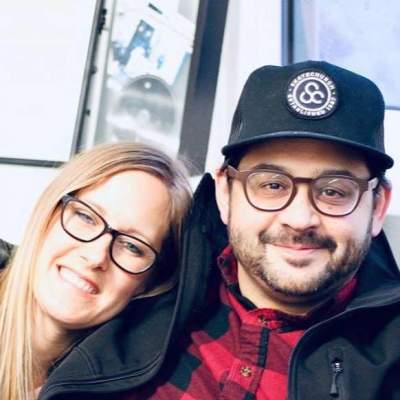 Tom Miyashiro (@trmbomb) founded Faith 2 Faith Ministries (f2fmi) in 2001. F2fmi is spreading the Gospel in New England through youth focused, community based outreach in partnership with the Church. Their heart is to understand youth culture and operate within its context, and to present Christ in a language teenagers can understand. Through innovative approaches, connections across denominational lines and equipping Christian teens to share Christ with their friends, their goal is to make Jesus famous again in one of the least-reached areas in America.
Contact