Reprinted with permission from The Office of The Evangelist, copyright 2014 by Michael Lusk.

Evangelists are like eagles – they are made for the open air!

Are the “glory days” over?

Evangelists throughout the Church Age, in various moments of history and various locations, could have looked at their surroundings and been convinced that they were, perhaps, born out of due time. The enemy and yes, even fellow believers, have no doubt often attempted to infuse the evangelist with doubt, questioning whether times had changed. “Maybe the ‘glory days’ are gone; the ‘golden age’ of evangelism is over.”

Thank God for those who ignored the negative voices of their day.

I, too, have heard the voice of opposition, in varied forms, seeking to call into question the efficacy of my evangelistic methods or the likelihood of the success of my endeavors. I remember one occasion in particular, very early on in my ministry. A close member of my family interrogated me, casting doubt on my calling and questioning how I could ever expect to get ahead in life by following such an unrealistic fantasy. “How many Billy Grahams can there be?” he demanded. On another occasion, just as my wife and I were making ready to move to the mission field in Argentina, my own grandfather remarked to my grandmother (in front of us, no less), “They won’t make it two weeks down there!” Grandma, though typically gentle and kind-hearted, quickly and aggressively put him in his place. She reminded him that we had a real calling from God; we were going in obedience, not just on a whim. Grandpa had spouted off, but was quick to come around in our support.

If you are an evangelist, seek counsel from your comrades in arms. When you are on the front lines of evangelism, disregard the voices of those who criticize from the ease of their inactivity. A wise man once noted, “Nothing is more abundant or of lesser value than the opinions of people who are not successful.”

Historical trends show ebbs and flows, crests and troughs, in regard to the Gospel’s acceptance in given regions and nations. That does not necessarily mean that the evangelists have failed in their task; it indicates that there are many who simply will not repent and believe. Jerusalem was destroyed, even though the apostles and Jesus Himself exercised their ministries there, because the people failed to repent and believe the Gospel (see Luke 19:41-44).

One of the most controversial topics regarding evangelism is the argument over mass, public evangelism, or what has been commonly called “crusade evangelism”. Large essays have been written to defend the position held by those on both sides of the discussion.

Some critics have argued, “Not many people get saved that way. Only a small percentage of active, church-attending Christians accepted Christ in a mass, public event.” The assertion that few people convert in evangelistic crusades is a relative statement. It is akin to saying, “Not many people get their news by internet” in a country where only 10% of homes have a computer. If the number of computers per capita were increased, so would the number of people who receive their news through that means.

The number of people converted in mass outreaches is proportional to the number of those events being conducted. If more mass Gospel outreaches are conducted, a greater amount of people will find Jesus in that way.

Others say, “Evangelistic crusades are out-dated and out of style.” Certainly, our specific methods are always open for review. A strategy that works well in one time and place may not perform equally in another. Culture-based methods can and must change; however, biblical models are transcendent and timeless.

Mass evangelism is not a modern strategy; it is a biblical model. We see it repeatedly in Jesus Christ’s ministry. Then, we see the continued success of the same model in the Book of Acts. Peter’s preaching on the day of Pentecost where 3,000 people were added to the Church is a fitting example (Acts 2), as is Philip’s campaign in Samaria (Acts 8).

What is the purpose of a mass outreach? The main objective, of course, is the salvation of people. But there are other benefits of public evangelism campaigns that may not be so apparent – benefits that can long outlast the event itself. 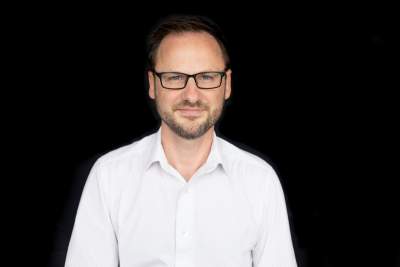 Proclaiming the message of Jesus Christ and multiplying evangelists on the vanguard of the Great Commission, we envision a world where everyone hears the good news about Jesus. We are now in our second decade of full-time evangelistic ministry. From our first five years spent as in-country missionary-evangelists in Argentina, my wife and I have now conducted crusade evangelism and other evangelistic ministry in over 20 nations so far. We were mentored by the late Dr. T.L. Osborn of Tulsa, OK, and I continue to serve Osborn Min. as a board member and Global Events Director.
Contact